Here is an actual Antisemitic cartoon from Julius Streicher’s Der Stürmer. And note, if the cartoon you were shrieking about were Antisemitic, Netanyahu would have had Trump by a leash, and BiBi would not have looked like a cute puppy ! 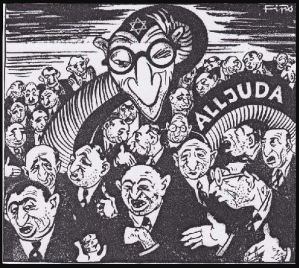 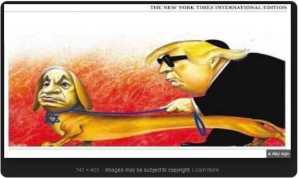