@BretStephensNYT on Trump’s obliteration of ‘the moral guardrails that keep bigotry down.’ Almost Marx ponders the question.

Posted on November 2, 2018 by stephenkmacksd

Mr. Stephens points at Trump and his obliteration ‘the moral guardrails that keep bigotry down.’ The ‘as if’ here is that his readers will develop ‘political/moral amnesia’ , on Mr, Stephens’ shameless advocacy of the IDF’S mass murder of Palestinians!

That shopworn Anti-Semitic trope of ‘duel loyalty’ does not apply to Mr. Stephens, as respectable bourgeouise apologist, for mass murder committed by his political/religious allies, but to the twin Tribalisms of  Zionism and the Starussian Mendacity with the name of Neo-Conservatism!

Is this just another definitional frame that reflects the notion that ‘identity’ is not a singularity but a plurality, as presented in Amartya Sen’s ‘Identity and Violence:The Illusion of Destiny’ ? 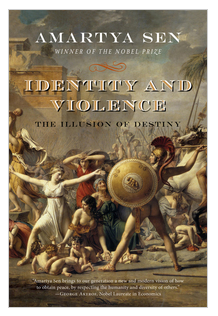