Simon Kuper on the Clash of ‘ The ‘Greatest Generation’ vs ‘The Baby Boomers’: A small screen melodrama. Old Socialist comments

Posted on December 14, 2017 by stephenkmacksd

Mr. Kuper’s self-presentation is that of the voice of ‘reason’ but it takes patience to read through Mr. Kuper’s collection of cliches, framed by the dubious, even invidious comparison of ‘The Greatest Generation’ and the ‘Baby Boomers’. In terms of Melodrama its moral/political/historical reductivism is worthy of the small screen.  Any political, even moralizing stand-in for rational argument, is marshaled for this- it reminds this reader of the rhetoric used by Allan Bloom’s ‘The Closing of the American Mind’ * replacing the Anti-Student hysterics with the the ‘clash of values’ between the ‘The Greatest Generation’ and the  ‘Baby Boomers’. With some interesting historical examples:

The Republican’s failed attempt to repeal Obamacare: Obamacare is and will remain the property of the Heritage Foundation, in sum it is the Free Market answer to what should have been Single Payer, if Obama wasn’t what he is and remains a Reaganite in New Democratic drag

Russiagate: This, the creation of a desperate Hillary Clinton, and her New Democratic surrogates , with the help of the notorious liars Clapper and Brennan.  And the strategic leaking by the CIA, and other sympathetic operatives of the American National Security State.

The exemplar of ‘The Greatest Generation’ Harold Macmillan: whose revelation of his inherent upperclass paternalism shaped his politics. ‘followed by Clement Attlee (badly wounded in Iraq in the first world war, prime minister 1945-1951), John F Kennedy and George HW Bush.’  In sum, ‘The Greatest Generation’ was morally/politically superior when compared to Trump and Bush Jr.

Baby Boomers: Trump, Bush Jr follow as exemplars of  the inherent fecklessness of  the Baby Boomers.  In sum, ‘The Greatest Generation’ was morally/politically superior when compared Trump and Bush Jr.  Yet the reader can see ,with vivid clarity, that Baby Boomers Bill Clinton and Barack Obama were/are very much in the mold of the Greatest Generation’s faith in the expertise of the Neo-Liberal technocratic elites. That belief in the experts dates back to Walter Lippmann’s advocacy that was a check, in sum, his solution to too much democracy: Lippmann looked upon himself as a Platonic Guardian, though not quite to the extremes of Leo Strauss and his Neo-Conservative acolytes.

So we’re left with an insouciant, inexperienced political class of mostly ageing white men. Thankfully, that will soon change. Everyone raised under baby-boomer rule has learnt that awful and unknown things can happen anytime. Brexit and Trump have mobilised a generation of young people, taught them that government matters, and shown that not screwing up is a lofty goal. Unprecedented numbers of US women — most of them born post boom — are now seeking election at every political level. In the Senate, there are about 10 times more female candidates than in 2014. They will have a generation’s worth of mess to clean up.

According to Mr. Kuper that insouciant, inexperienced political class of mostly ageing white men is about to end. Given this, where might the reader place Jeremy Corbyn  or Bernie Sanders? Are women about to signal an end to the Boys Club ? Should the reader take the examples of Hillary Clinton, Debbie Wassermann-Schultz, Donna Brazile , Diane Feinstein as exemplary of what women can do politically?  Or should the reader look to the political career of Elizabeth Warren, as paradigmatic of what just one person can accomplish with her critical voice, her political advocacy?

*See ‘Essays On The Closing of the American Mind’  edited by Robert L.Stone for a collection of essays, in response to Bloom’s Neo-Conservative political hysteria mongering. 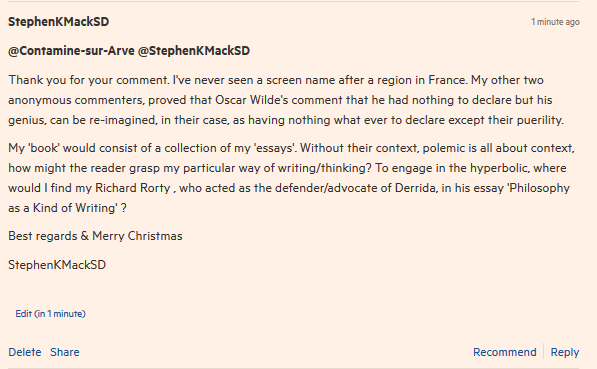