The reader can always count on The Atlantic to provide what? The hand wringing chatter of Neo-Con David Frum, as he passes himself off as ‘Wise Republican Elder’? That position is  already occupied by porcine Newt Gingrich, from his perch at ‘Fox News’. That perch had to be considerably reinforced so Newt could comfortably take up his residency.

Not to forget the purchase of The Atlantic by Mrs. Steve Jobs, another Silicone Valley billionaire courting bourgeois political respectability?

But here the reader is confronted with the conundrum of The Game of Thrones, examined by Spencer Kornhaber, David Sims, and Lenika Cruz. Surely a topic worthy of the Atlantic’s Brain Trust! 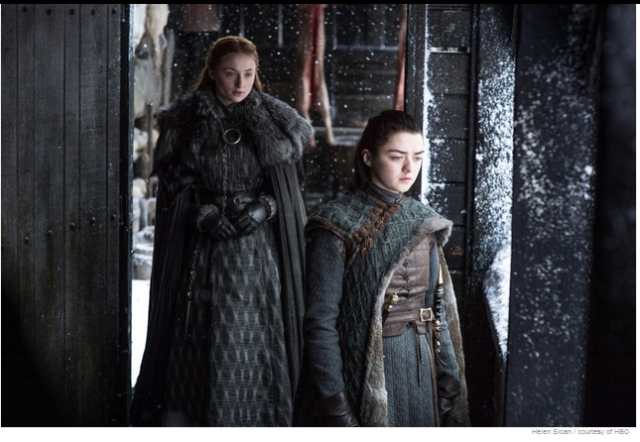 Headline of the essay: Is Game of Thrones on Thin Ice?

Sub-headline:  Three Atlantic staffers discuss “Beyond the Wall,” the sixth episode of the seventh season.

The political victory of Trump and Trumpism, the political/moral eclipse of the New Democrats, and the beginning of a New Civil, with Charlottesville as its flashpoint, in the political present- having willfully forgotten Ferguson and a tidal wave of Police murders of black folk, and the rise of Black Lives Matter – the editors of The Atlantic choose to spend their critical/moral/civic energy on a television melodrama, that will soon enough be consigned to the status of re-run.