Our Man From Opus Dei defends Trump: A Francoist defends a Peronist, in an ‘As If’ World. A comment by Political Reporter

Posted on January 22, 2017 by stephenkmacksd

Headline: The Tempting of the Media

For this reader of Mr. Douthat’s latest political intervention, I am strongly reminded of that 1977 American best seller, ‘The Totalitarian Temptation’ by  Jean-François Revel. This book, an exercise in verbose anti-communist polemics, was in dire need of a ruthless editing! That editing would have made this a collection of connected essays worthy of reading and re-reading. 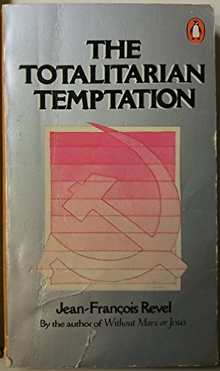 If only by the use of the term ‘temptation’ as a singular ruling idea, employed in the  title. Except that Douthat was born in 1979 and perhaps missed Ms. Revel’s book. Mr. Revel was incapable, in his exercise of a well practiced indignant polemic, of imagining the very possibility of Perestroika and Glasnost. Yet is was realized, if even momentarily, by Gorbachev’s vision that he shared with many other ‘Reformers’. See ‘Voices of Glasnost’:

Utterly inconvenient for both the Old and New Cold Warriors, and Francoists like Douthat.

In Mr. Douthat’s political melodrama the protagonist is Trump, as ‘destroying of norms’, and his adversary, in his clumsy narration, is the American Press that they will become as he, destroyers of truth, in the name of an inherent political nihilism. He casts the critical press in the role of Trump’s opposition tempted by untruth.

As the press eases into covering President Trump, however, I have a different worry. Mainstream journalism in this strange era may be freer than the fearful anticipate, but not actually better as the optimists expect. Instead, the press may be tempted toward — and richly rewarded for — a kind of hysterical oppositionalism, a mirroring of Trump’s own tabloid style and disregard for truth.

This mirroring is a broad danger, applying to more institutions than the press. Trump comes to power as a destroyer of norms, a flouter of conventions, and everyone will be tempted to join the carnival — to escalate when he escalates, to radicalize whenever he turns authoritarian. The cycle of norm-breaking that began with Robert Bork’s defeated nomination or Newt Gingrich’s ascent (depending on your politics) may escalate on both sides of the aisle. Left-wing protest movements will be tempted more easily toward both absurdity and violence. Deep state institutions will be tempted to become more restive and politicized. Politicians will be tempted, like Marco Rubio talking about Trump’s manhood on the campaign trail, into surrendering their dignity in an effort to be at home in Trumpland.

Notice that Neo-Confederate/Originalist Robert Bork still retains his status as sacrificial offering to ‘Liberal Hypocrisy’. In Mr. Douthat’s speculations Mr.Bork shares with Trump the status of ‘norm-breaking’, instead of his actual status as defender of Dixiecrat Racism, as codified and white-washed by the Federalist Society: its Originalism as a defense of white male privilege/power. In sum, that Originalism is a radical political nostalgia. Its political corollary was The Southern Strategy of Nixon. And his successor Reagan, in his Neshoba County Fair speech, that was the first speech after receiving his nomination. Reagan voiced his unstinting support for ‘States Rights’. The Reaganites were adroit at the uses of political symbolism, and the ability to dismiss their critics, by denying its operative power. Also note the appearance of porcine Robespierre Newt Gingrich as an integral part of the virtuous Reactionary Pantheon.

In the role of Cassandra, Mr. Douthat stumbles as he points to the Journalistic temptation of ‘hysterical oppositionalism‘,‘alarmist journalism‘,‘liberal-leaning mainstream outlets‘ and the fact that that ‘Journalism’ will commit the political crime of  ‘it often does a demagogue’s work for him.‘ The  whole of Mr. Douthat’s essay echos, in its own verbose way, William Safire’s catch phrase written for Spiro Agnew : ‘nattering nabobs of negativism’. Mr. Douthat’s historical ignorance, allied to his fealty to his reiteration of one of the rhetorical actors in the  Christian Melodrama : temptation being the  key concept, to an understanding of the why of Journalism’s  attempt to thwart the exercise of Republican Virtue will fail. Given the fact of Trump’s demonstrated political nihilism, Mr. Douthat’s apologetic remains in the arena of New York Times political chatter.